If you have ever experienced owning mares, or even considered buying one, then you have heard all of the sayings… 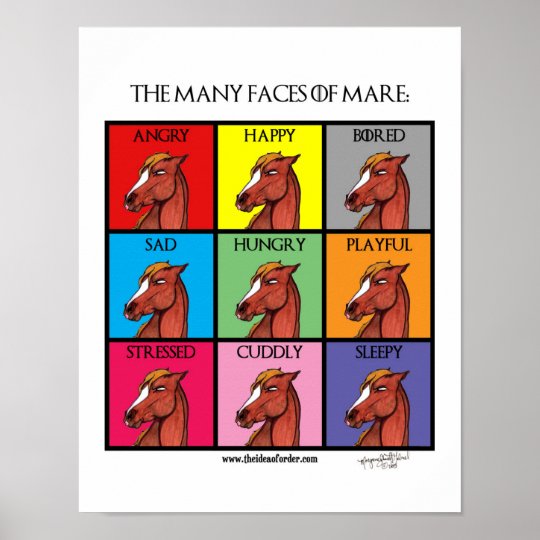 In many cases, people won’t even consider buying a mare “Wanted: best horse ever, no mares please”, but why do mares have a bad reputation?

My last 3 horses have been mares, and I’ve had quite a few in my time of riding. Each have been different, and I have found that their start to life makes a big difference on their ‘personality’ in general – but this can be said for all horses. But mares, like stallions, are affected by hormones, and in general, I think we don’t like that – it doesn’t fit in with our need for perfect consistency (“Dressage day is Tuesday, no time for moodiness!!”)

All of them have the odd day where I have to make a change of plans to my riding session, sometimes even just take a walk around the farm (clearly we’re not going to make improvements today miss cranky!) but that is what I like about them! The next day, it’s like nothing ever happened. I’m not saying to allow the bad behaviours because they have an excuse, I’m just saying that if they’re having a bad day, make the questions simpler, and maybe decide today isn’t the day to train more difficult tasks. I guess for some, this isn’t conducive to competition preparation, or competition day, but does that mean mares are just too difficult to bother with?

It takes a forgiving and calm rider to ride mares well (it took me a while to figure this out). Your approach to riding is governed somewhat by their hormones, and you need to accept that on some days, it’s not going to be easy. The option is there to avoid it all and buy a gelding, but then you’re missing the greatness that mares have to offer! In my experience, they’re sensible (yet sensitive) – they have some type of self-preservation to them which makes me feel safe on them. They never give you that feeling that they’ll fall or hurt themselves. They’re sure-footed, sharp jumpers, super responsive, and when you ‘get them’ they give you it all.

Mares are relatively popular in the jumping scene (probably due to all of the above), but they’re starting to creep back into all sports as riders are beginning to harness their greatness, and forgive the odd moment of ridiculousness (flash back to Maree Tomkinson’s Diamantina refusing to enter the Olympic arena). In training them, their hormones can add a more challenging element, and god forgive the day where we both have a ‘bad day’ on the same date (that’s a DEFINITE trailing riding day), but if we’re to use horses in sport, we should be more forgiving and understanding of their quirks and differences. Don’t judge or punish a mare for being difficult some days, because tomorrow, she could give you the performance of your life. If she’s difficult more often than not, then you probably have a training issue, but if it’s the odd day, it could be relative to her cycle, which we can forgive can’t we? Ladies?? 😉

It all comes down to training and management. Clear training makes for a more consistent and predictable horse (hormones or not). Stallions and mares are still affected by them, but they’re easy to manage and not ruled by them. The term ‘alpha mare’ needs to get thrown out with the other terms such as dominance and respect, because through clear training mares can go from a snarly, ears back, squealing nightmare, to a friendly, sweet, greet you at the gate dream. Instead of ruling out mares, consider them! Meet them, ride them, and respect their hormonal days, and you could just find the horse of your dreams.